16 Aug Advertising and The Butterfly Effect

Posted at 12:11h in Red Cherry Advertising by Gavin Larkin 0 Comments
0 Likes
Thanks for visiting our new website, and reading one of our very first blog posts.
The “butterfly effect” can be imagined with a butterfly flapping its wings and causing a typhoon.
As in the world of brands and consumer perceptions, small actions can serve as a catalyst that act on a process towards bigger things. 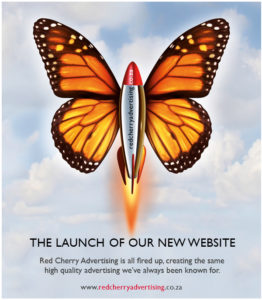 The Butterfly Effect: Everything You Need to Know About This Powerful Mental Model

The butterfly effect is the idea that small things can have non-linear impacts on a complex system. The concept is imagined with a butterfly flapping its wings and causing a typhoon.

Of course, a single act like the butterfly flapping its wings cannot cause a typhoon. Small events can, however, serve as catalysts that act on starting conditions.

And as John Gribbin writes in his cult-classic work Deep Simplicity, “some systems … are very sensitive to their starting conditions, so that a tiny difference in the initial ‘push’ you give them causes a big difference in where they end up, and there is feedback, so that what a system does affects its own behavior.”

Edward Lorenz and the Discovery of the Butterfly Effect

“It used to be thought that the events that changed the world were things like big bombs, maniac politicians, huge earthquakes, or vast population movements, but it has now been realized that this is a very old-fashioned view held by people totally out of touch with modern thought. The things that change the world, according to Chaos theory, are the tiny things. A butterfly flaps its wings in the Amazonian jungle, and subsequently a storm ravages half of Europe.”

— from Good Omens, by Terry Pratchett and Neil Gaiman